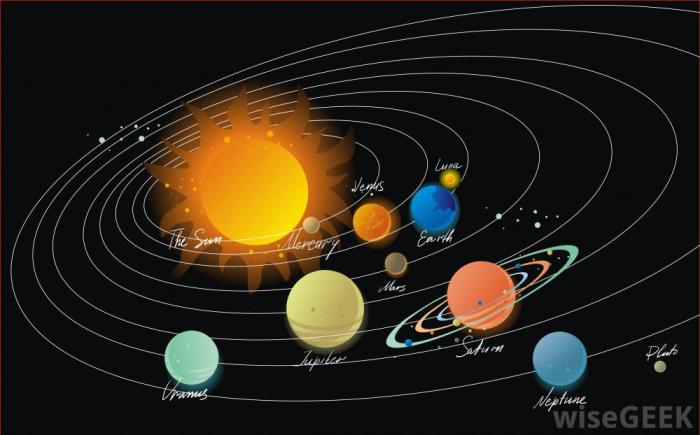 Apparently I have a lot in common with early astronomers. Both Copernicus and Galileo thought that planets traveled in perfectly round orbits, because the circle was an “ideal shape.” Circular orbits made sense, something is moving around something else, and a circle is a pretty good choice and seems right. Especially if you have an “ideal shape” or expectation in your mind in the first place.

With all the recent friend research we did together, friends and relationships continue to be present in my mind. I found myself using the term “orbit” a lot with friends.

“You seem to be drifting out of my orbit.”

But there is a law of motion in the universe. Johannes Kepler noticed that the “ideal shape” didn’t explain everything. Instead, he discovered something else.

The orbit of a planet follows an ellipse with the sun at one focus. He discovered that the motion and travel was not an “ideal shape” but instead an almost flattened version of the ideal.

This means that at any given time, planets will be further away from the sun, and other times they will be closer, but still in orbit.

When it comes to friends, I fell into the same “ideal shape” trap. Since I assumed that being in orbit with a friend was a perfect circle, any perceived distance was interpreted as getting out of orbit.

But maybe, Kepler’s First Law of Motion can apply here too.

“The orbit of a friend follows AN ELLIPSE with YOU at one focus.”

Realizing that a friendship may follow an Elliptical Orbit helped explain why friends are not always constant or “perfect.” Sometimes they are closer, sometimes they are further away, but that is how orbits work.

Want to know more? Check out this great video on Elliptical Orbits. And just like the astronomers, we will keep trying to understand this whole weird and wonderous universe of friends, and friendships.

Let’s meet your Saboteurs! Had the privilege of presenting this Positive Intelligence session for the New England States GFOA conference at the Mount Washington Hotel. How are your Saboteurs impacting you? DM me for a free assessment. #positiveintelligence #saboteurs #mentalfitness #positiveintelligencecoach #nesgfoa #nhgfoa
Old Tracks. Old reactions to pain and trauma. Overgrown and hidden from view until we are hurt. New blog post today about these Old Tracks. Photo courtesy of @lobinrake link in bio.
A new blog post reflecting on the collective stories that create our Mythology. Link in bio. How has Mythology limited you or created barriers?
It’s official! Adding Positive Intelligence coaching to the line up to help you and your team. Need a little more mental resilience? Contact me for a space in the next 7 week mental fitness program!
Two simple words. New blog post today about the importance of letting others know they are “thought of”. Let’s put this into practice today and take action for those important people that come to mind. Link in bio.
Thanks for the lessons, Mom. Special throwback blog post from 2012, three years before she passed in 2015. Link in bio for full blog post. Last photo together from May 2015. Be Tough. Work Hard. Celebrate Events.